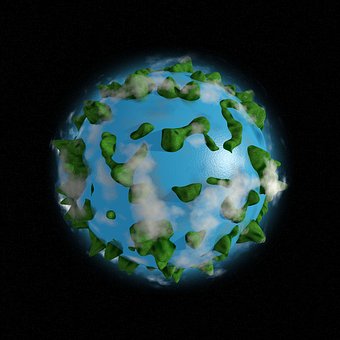 On a current basis, the city is working on the setting of air quality in Bydgoszcz in 2017, several resolutions were adopted on this topic.

Due to the poor air condition in Bydgoszcz, the Sejmik of the Kuyavian-Pomeranian Voivodeship adopted the following resolutions:

Resolution No. XXXVII / 621/17 of 23 October 2017 on the definition of the air protection program for the Bydgoszcz agglomeration zone due to the exceedance of the level of PM10 particulate matter allowed (Journal of Laws of the Kuyavian-Pomeranian Voivodeship dated October 23, 2017 ., item 4099),
Resolution No. XIX / 349/16 of 25 April 2016 on defining the air protection program for 4 zones of the Kuyavian-Pomeranian Voivodship due to exceeding the target values ​​of benzo (a) pyrene (Office of the Kuku Province – Pom. Z 25 April 2016, item 1536).
The main sources of PM10 dust emissions in Bydgoszcz are combustion processes in the municipal and residential sector. The document identifies the following corrective actions to be implemented in the city:

change of the heating method to environmentally friendly (connection to heating network of individually heated entities, replacement of non-ecological heating furnaces for low-carbon fuels),
gradual replacement of public transport bus fleet for vehicles equipped with engines meeting the EURO 5 emission standards,
application of appropriate provisions in local spatial development plans, enabling limitation of PM10, PM2,5 and benzo (a) pyrene dust emissions (eg arrangement of buildings to ventilate cities, introduction of protective greenery, development of public space and establishing the method of supplying heat where possible and in the newly-built buildings,
conducting educational campaigns aimed at making the society aware of the impact of air pollution on human health, the harmfulness of waste burning in household furnaces, the benefits of connecting to centralized heat sources, and the promotion of low-emission heat sources.
The main sources of emission in a (a) pyrene in Bydgoszcz are combustion processes in the municipal and housing sector as well as emissions from transport. The document identifies the following corrective actions to be implemented in the city:

replacement of low-efficiency devices used in individual heating systems up to 1 MW,
introduction into new or changed spatial development plans and at the stage of issuing decisions on the conditions of building records regarding the preservation of green areas and specific air protection requirements,
inspections, by municipal guards or authorized employees of the commune, households, observance of the ban on the incineration of waste in boilers and stoves, prohibition of burning leaves and rubbish in allotments and home gardens,
providing publicly available information on sources and quantities of pollutant emissions as well as areas threatened by poor air quality,
conducting educational campaigns to make the society aware of the health risks associated with the emission of benzo (a) pyrene during the combustion of solid fuels (including waste) in low-efficiency home furnaces.
Implemented tasks to improve air quality in 2017.

IREX-Trans: 100% of the rolling stock

Number of adopted plans 7
Number of plans adopted with provisions regarding the reduction of emissions to the atmosphere.

Conducted campaigns and ecological campaigns
Bydgoszcz Ecological Grant
Energy Days
An hour for the WWF Earth
“Letters for the Earth”
XXV Environmental Protection Forum under the slogan “Low Emissary Bydgoszcz”
Website www.czystabydgoszcz.pl
Small Scenic Form
International Earth Day
Cleaning the World
Ecological Forum
Educational project “Youth and Children versus garbage”
Production and broadcasting of episodes about the municipal waste management system “Bydgoszcz Eko-News”
European Week of Sustainable Transport (ETT)
An educational campaign showing the health and social benefits of eliminating low emissions
Table Checks of the Municipal Guard of households in respect of compliance with the ban on the incineration of waste in boilers and ovens in 2017

Number of interventions 1304
Number of offenses detected 94
Source: Department of Integrated Development of the City of Bydgoszcz